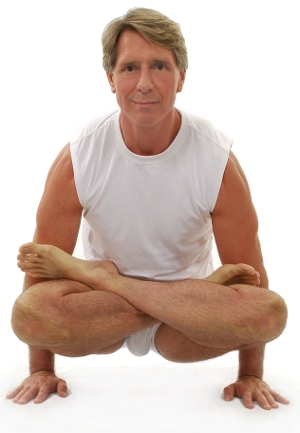 ProjectXercise is owned and operated by Johnny O’Connor. As a youngster Johnny played football and wrestled for ten years in Florida, New Mexico and locally at Oakton High School. Though he majored in music he actively studied exercise science and continued to train six days a week (as he still does). With many years in business he realized that his true passion was still training and helping people achieve things they never thought were possible. After a few years of part time training and adding certifications and clients Johnny had no choice but to go full time with J.O. Fitness.

Knowing the importance of flexibility Johnny started moving toward full body functional movements in his training and started studying yoga and stretching on his own. He then met his first true yoga teacher, Robert Sherman of Bethesda, by coincidence during an indoor cycle class. During that first yoga class he was trembling and sweating while much older people were gliding through the practice effortlessly. He knew not only did he need this, but he had found a new passion. In time, as with most yogis, the physical practice turned into a much deeper mind-body experience. With a deep desire to spread the science of yoga Johnny began to search for a teacher who could certify him in true classical yoga (not the watered down mixed with regular exercises gym yoga that you so commonly see). He found that teacher in Sri Dharma Mittra. Dharma has taught classic hatha yoga in New York City for over forty years. He is respected as one of the world’s most dedicated yoga teachers and is famous world-wide for his “Master Yoga Chart” of 908 postures. Johnny completed his yoga training in 2006 and has since added over three thousand hours of documented yoga teaching hours to his resume (in addition to more than ten thousand hours in personal training). In 2008 he added the complimentary practice of Thai (yoga) Massage to his repertoire.

To properly showcase the expanding list of disciplines he teaches Johnny changed J.O. Fitness to ProjectXercise and is excited about reaching a much larger audience.

Johnny presently teaches weekly classes including stability ball/core class, indoor cycling, and beginner to advanced yoga in addition to seeing several private clients each day and giving lectures and workshops. Johnny’s goal is to help everyone he works with to have a happier and healthier life.